Some statistics on the population and visitors of the UAE

The UAE is one of the most popular tourist destinations in the world. Apart from carefree fun on the beaches and white sands, people come here for the shopping and employment opportunities that make it possible for them to remain and live here permanently. The high standard of living, government benefits and good wages attract more and more foreigners looking for a life-changing opportunity every year.

Figures from the International Institute for Migration Policy show that about 90% of the UAE population are foreign workers who greatly contribute to the state economy. Every now and then, the authorities of the country change their visa policy in order to attract as many residents as possible, namely by simplifying entry rules or introducing exemptions for certain categories of citizens able to obtain residence permits and work legally in the country, thus bringing considerable benefits to the growth of economic indicators.

Dubai, the country's largest city and most popular with tourists, has traditionally been in the greatest demand from migrants, and the city hosts many seasonal jobs in the service, maintenance and construction sectors, which usually employ staff from neighbouring countries: India (38.1% of the 10,081,785 total), Egypt (10.2%), Bangladesh (9.5%), Pakistan (9.4%), the Philippines (6.1%) and other countries: 15.1%. Meanwhile, the number of indigenous people is 11.6%.

The capital Abu Dhabi, which also attracts a large number of migrants, and other emirates in the country: Sharjah, Ras Al Khaimah, Fujairah, Umm Al Quwain and Ajman are next on the list.

Among them are representatives of several European countries and North America: Great Britain, Germany, France, Belgium, Canada and the USA, who work in highly paid positions in the largest Emirati companies and pay taxes to the state treasury.

Any resident or tourist of the Emirates definitely needs convenient, fast and easily accessible service to pay for services, from mobile phone top-up to utility bills, that's why NT.Payments payment system having a wide network of terminals to accept payments is very popular for anyone who is and resides anywhere in this country. 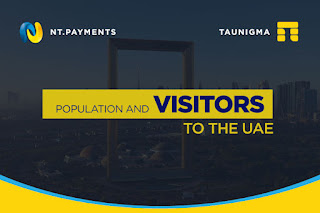