There are many closed labor camps in the Arab Emirates. There are several thousands of people living in such camps and every place is a kind of separate universe. People work, rest, cook together and also try to spend time interesting. Knowing how tired citizens are after work, administration of such places often organizes different parties and competitions to entertain people.

We also visited one of these events. On 11th of September 2014 there was a dance competition in Al Salam Living City Labor Camp where 15 thousands people live. NT.Payments was one of the competition’s sponsors. 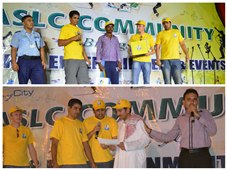 Moreover we had one more reason to come to Al Salam – one week before the competition there had been 2 winning transactions of our “Top up your life with positive!” promotion one by one in 3 days. So we came with no empty hands but with presents!

There are 9 terminals set up in this closed camp and they are of a great demand! International payments, connection services, shopping – all these are extremely demanded. 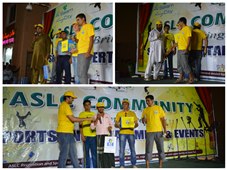 Two hours before the event’s start our specialists (Roman, Nikolai, Farhan, Vasiliy, Irfan and Alexey) arrived in the camp and promoted a lottery. Everybody who used the terminals before the show and put his receipt into a special box would get a chance to win a prize. There was a furor made by this promotion and there was a long queue immediately organized; a lot of people were eager to participate. 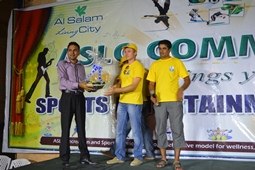 We were given a word in the very beginning of the competition. We told about the services of terminals and our company’s plans for future. After that we started handing presents.

Casual viewer was invited from the audience and randomly pulled 5 receipts out of the box. Thunderous applause accompanied the announcement of each winner’s number. 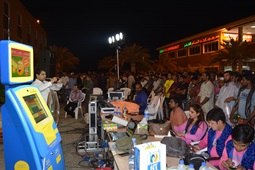 Moreover five most active users of NT.Payments terminals in Al Salam (due to the results of monitoring) were invited to the stage. They also got congratulations and present packages from the company! We couldn't even imagine that our clients will be so happy to get branded T-shirts, caps and cups! 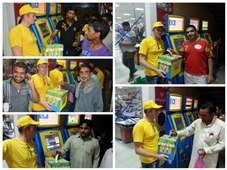 Separately we’d congratulated with a fresh positive life topping 43-years old Mohammed Ali from Pakistan and 35-years old Mushad Huri from India. They got present sets and 50 AED certificates to pay for services through our terminals. 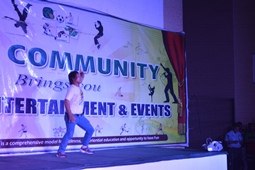 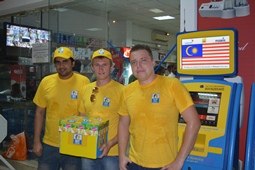 We also didn’t forget about the camp’s administration. Gratefully for their work, creativity, helpfulness and willingness to please the citizens of Al Salam we handed an NT.Payments present basket to the representative of administration. 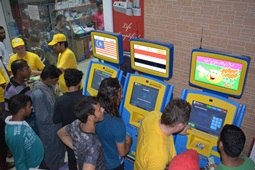 We stayed a bit longer and watched the dance show. 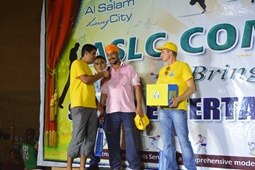 Then we returned home with excellent mood! 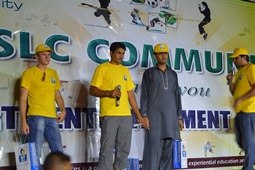 And we still remember the warmth, friendliness and a rare ability of Al Salam citizens to have fun!