The key elements of any company are success in market, team unity and friendship between employees. The values that NT.Payments system inculcates in the society make the loyal attitude of customers, finding a response from like-minded people and becoming the reason to achieve the best results among the employees.

February 16 is a special date in our calendar. Exactly 6 years ago, we have founded a friendly company which in such a short period has learned to solve the highest tasks by overcoming one height after another. Kiosk IT System Trading LLC is our second home and many of us have learned many things and became the best specialists in our business under the roof of this company.

The informal communication is a valuable element of corporate culture for our team as you know. Celebrating the 6th anniversary of Kiosk IT System Trading LLC is a great reason to recharge a positive energy, to communicate with colleagues in an informal atmosphere and just have a good time.

We stick to our tradition and have chosen the green island park of Yas, a place we have fell in love for the quiet atmosphere and many other advantages. Excellent weather, holiday atmosphere and good mood are the key to an unforgettable holiday and many positive emotions. 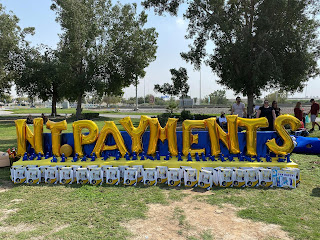 A variety of lovely dishes and a sea of soft drinks are necessary for such a large event. 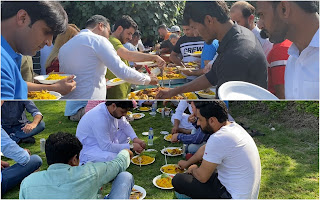 Many different games and role-playing races, including team and intellectual ones, decorated the common leisure and complemented the culture of good relationships within our multinational team. 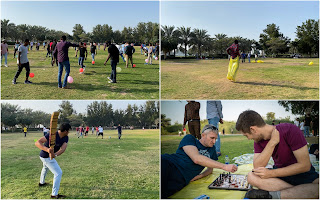 HR Department of the company has prepared in advance the program of the event which included besides mobile games, logic and memory quizzes, the winners of which received gifts and souvenirs. 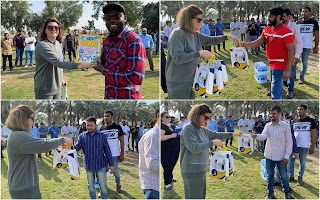 The middle of February is a great time for picnics, barbecues and family holidays in the Emirates. The weather here is excellent, as the locals actively use it. Our corporate heroes Mr.Cash and Mr.Pay do not need additional introductions and each event with their participation becomes a personal benefit, surrounded by the attention of others.

This time too, at the sight of the yellow and blue puppet characters, children and adults resting in the park did not let them go, asking to take some memorable photos. Our friends listened to their requests, paying special attention to everyone and giving them branded souvenirs from NT.Payments system. To see how people around you are sincerely happy with the honor and gifts is an unforgettable feeling and that particular moment gave us some warmth in our hearts. 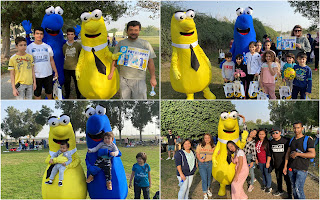 In addition, we came up with the idea to organize a booth with branded items with Mr.Cash and Mr.Pay, who called the visitors of the park to make selfies and put them on social networks, tagging NT.Payments page under the hashtag, thus making the search of photos easier and more accessible to find. There were so many people who wanted to take some pictures and our corporate heroes did not refuse anyone, giving everyone memorable souvenirs. 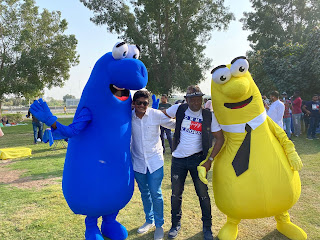 We appreciate the contribution of all our employees, who play a special role in the recognition of our company on the international scene. Keeping in mind the recent the Oscar Awards ceremony, we decided to hold our own, where each department was represented in a separate category, which most closely reflects the corporate and unique value of each department involved in the overall success of our business with you. 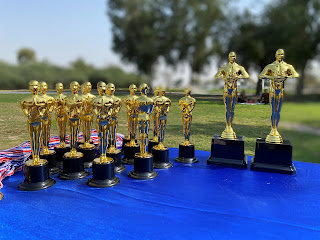 The rewards and joking nominations that were awarded pleasantly surprised all representatives of the departments without any exception. 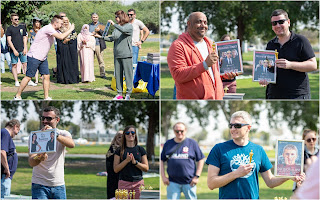 The creativity of the colleagues who came up with the idea to organize a separate photo zone decorated with bright balls in honor of the 6th anniversary of our birthday boy, where everyone could take a picture as a memory was especially noted besides the company employees, but also by the visitors of Yas Park. We are quite confident that after such a large-scale photo shoot, many new users will surely subscribe to social pages of our company.

Finally, a huge birthday cake was served in honor of the grand birthday which was decorated with birthday candles as fitted the overall event and was made in corporate colors of our company. 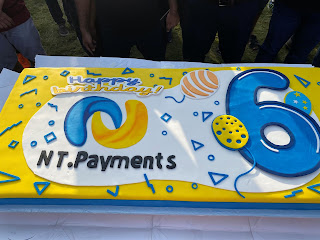 Summing up the above, we want to say that the celebration of the 6th anniversary of Kiosk IT System Trading LLC turned out to be unforgettable and full of new impressions and emotions. We wish our friendly team to continue conquering the peaks and do useful things for the benefit of success, and we wish the birthday boy to stand firmly on his feet and look far ahead. 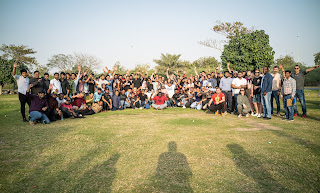